What is a steeplechase?

A steeplechase is a race for Thoroughbred horses over fences.

Steeplechase is an unusual word. Where did it come from?

The origin of racing over fences is shrouded by the mists of history, but by all accounts it began in Ireland in the 18th century. Its roots were in the fox-hunting field, and occasionally horsemen would match up their horses for races over considerable distances. They would race to landmarks such as church steeples, and thus one of these races was a chase to the steeple, or a steeplechase.

What is a steeplechase horse?

Are these horses prepared for their races at the racetrack?

In most cases, no. While most flat horses are housed in the stable areas of racetracks, steeplechase horses generally are trained in country settings. Steeplechase horses can be trained anywhere, but most of them are based on the East Coast between Pennsylvania and South Carolina. The country setting allows them to spend plenty of time outdoors, unlike horses housed at the racetrack.

What is the sanctioning organization for American steeplechase races?

The National Steeplechase Association is the governing body of American steeplechasing. It is based in Fair Hill, Maryland, and is responsible for licensing owners, trainers, and jockeys. It establishes the rules for the sport, and it also organizes the entries for races held at racetracks and at one-day race meets in the United States.

What kind of fences are being used?

The obstacles used in most races are known as National Fences. They are portable obstacles that are used in steeplechase races up and down the East Coast, where most steeplechase races are held. The man-made fence consists of a steel frame stuffed with plastic “brush,” and it has a foam-rubber roll, covered with green canvas, on the takeoff side. Horses jump the fence in stride, much like human hurdlers in track and field events. The jumps are shipped to racetracks by truck and are set up on turf courses in advance of the races.

Other fences are timber fences, which are wooden post-and-rail obstacles, and a few race meets have natural brush fences.

Who are the steeplechase jockeys?

They are a varied group. Most are professional riders, but some amateur jockeys remain in the steeplechase sport. Many of the leading jockeys today are from Ireland or England, where they gained valuable riding experience. Some women also are jockeys, and Danielle Hodsdon has been a champion jockey.

In general, no. Steeplechase jockeys are taller and heavier than most flat jockeys. The weights carried by steeplechase horses are higher than those of flat runners, so the jockeys tend to weigh a bit more than their counterparts on the flat.

Do steeplechase jockeys have any special equipment?

Yes. The National Steeplechase Association requires jockeys to wear certified helmets that meet stringent crash-protection standards, and they carry padded whips to protect the well-being of the steeplechase horses.

Some steeplechase races are for horses known as novices. What is a novice?

A novice is a horse in the early stages of its steeplechase career. Novice races, restricted to horses that won their first races over fences after a specific date, give these younger competitors valuable experience before they face more seasoned jumpers.

Who benefits from steeplechase racing?

Of course, the steeplechase horse owners receive designated shares of the total purse money, and both trainers and jockeys receive a share of the owner’s portion. But the biggest winners are the communities where the races are held. American steeplechasing is unique because its races invariably support charitable efforts. 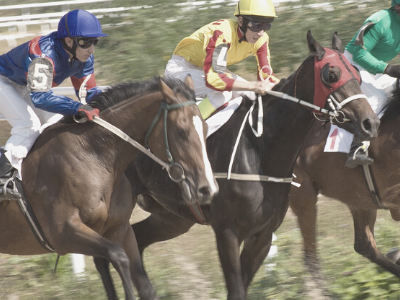 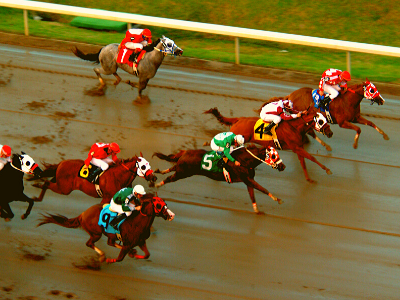 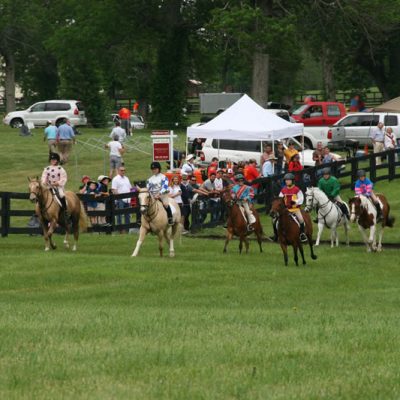